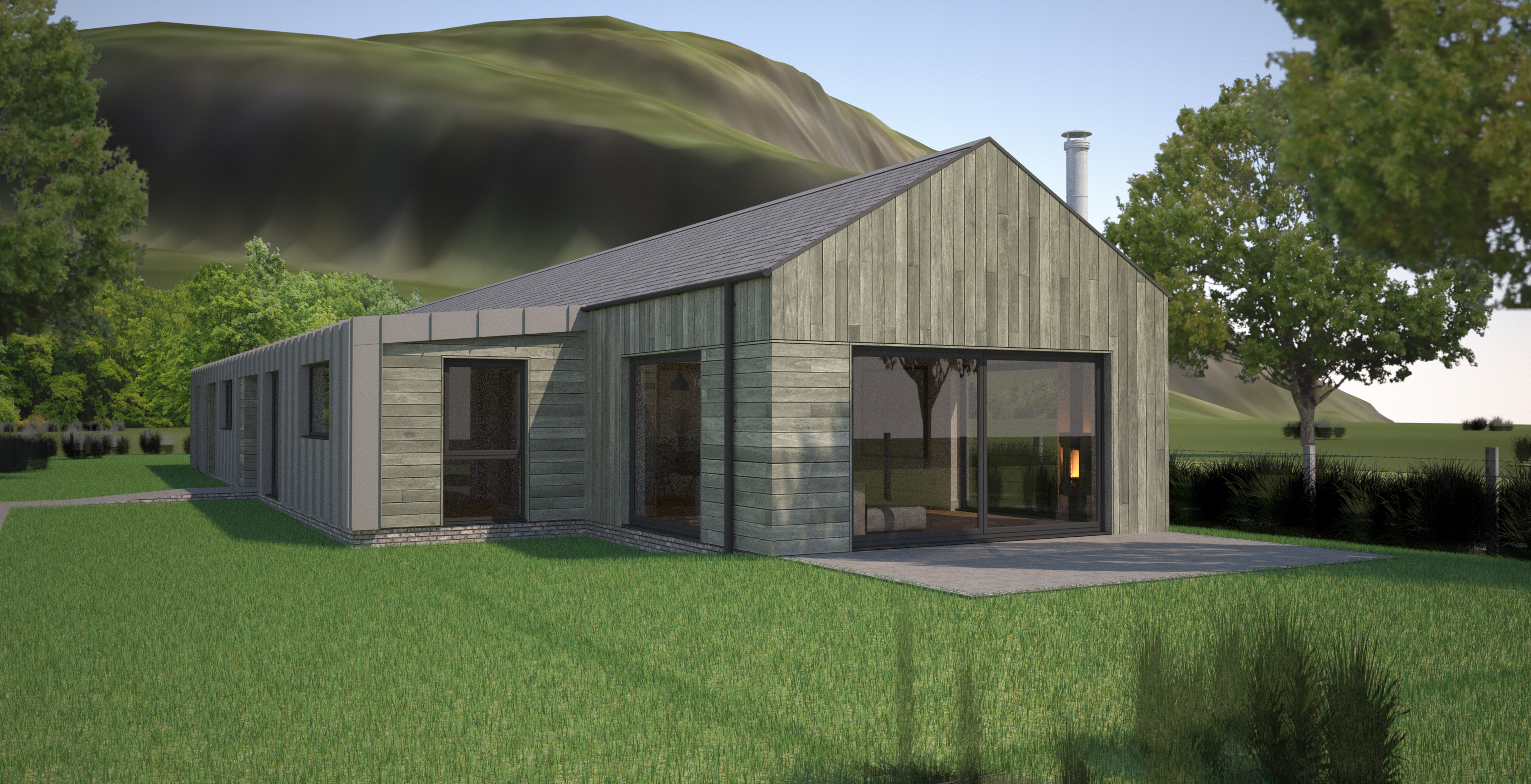 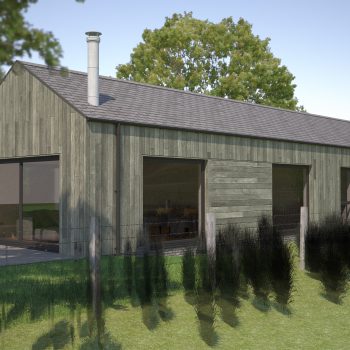 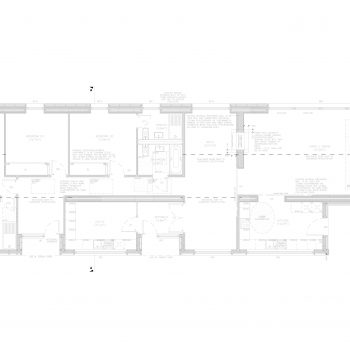 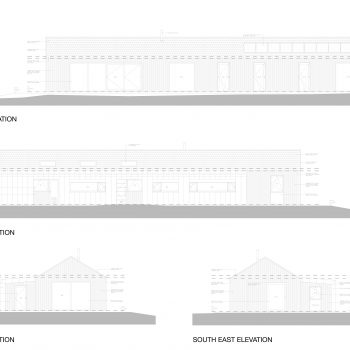 Situated on the northwest shore of Great Cumbrae, the Osprey Centre was formerly the site of a World War II anti submarine detection base, forming part of the Clyde’s submarine defences.

Between 1989 and 1995, the station was then converted into a residential holiday centre for children. The property is located at the north end of Great Cumbrae, on a single-track island road. The Osprey Centre comprises two detached single storey buildings, which were renovated in 1991 to form an accommodation building and a sports hall with a separate brick store and a large tarmacadam area.

Our clients brief for this project was to convert the existing holiday centre into a new three bedroom home, with the intention to convert the sports hall into a boat shed, studio / workshop and storage facilities for the main house at a later date.

The North East elevation will include a ‘lean to’ extension. This extension will continue the roofline of the existing building at a shallower pitch and will be finished in zinc. This zinc cladding will wrap around the eaves of the extension and continue down the facade. This wrap around cladding on the North East extension elevation will form a bookend for the seared larch cladding on both the South East and North west elevations of the extension. The zinc facade will be broken by a series of long, narrow panoramic windows on the North East elevation (as the light and views are not as paramount on this side of the home) and two large recessed openings, which will form the main and secondary doors into the home. These recesses will be clad in seared larch rather than zinc to emphasise the difference in planes and the two entrances.

The remaining facades of the house will be punctuated by large glazed openings to take advantage of views and light but also to reference the large openings, which are prominent within rural buildings.