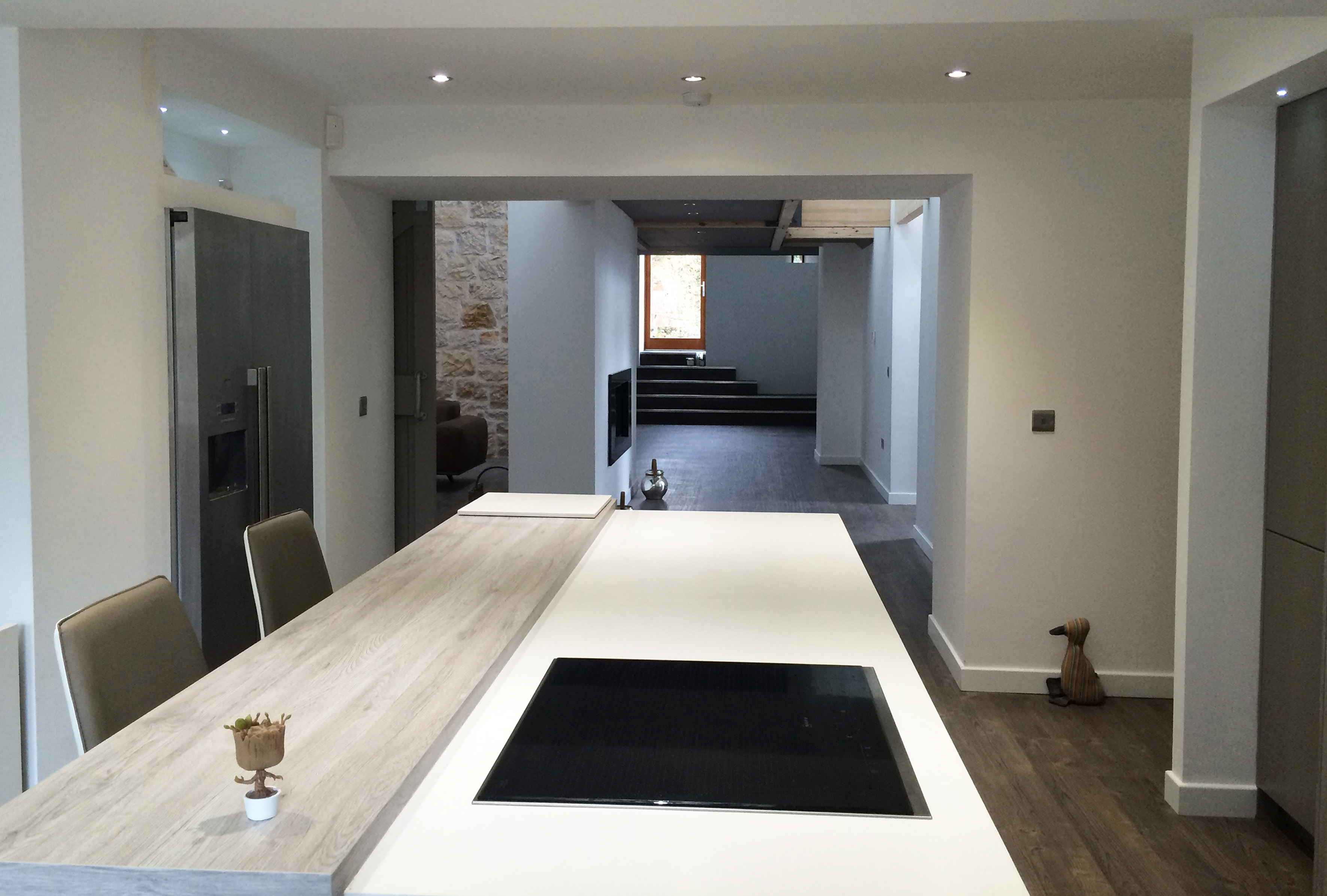 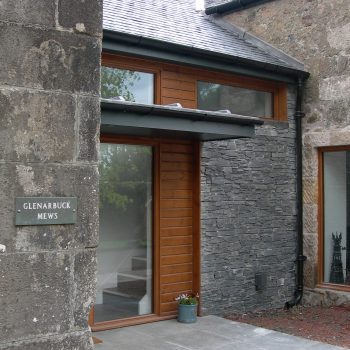 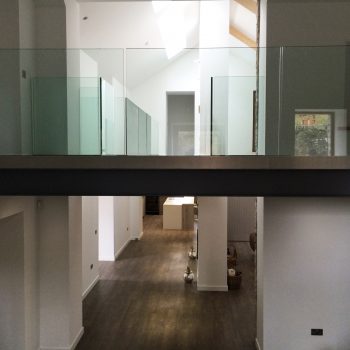 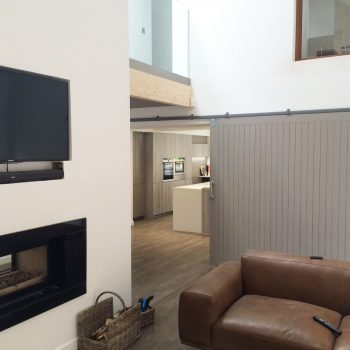 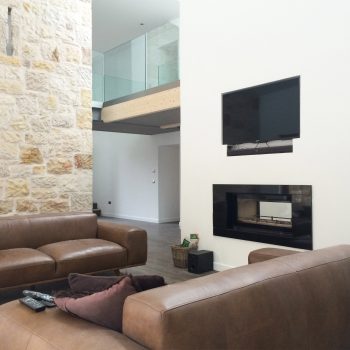 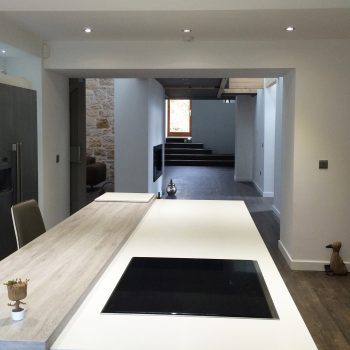 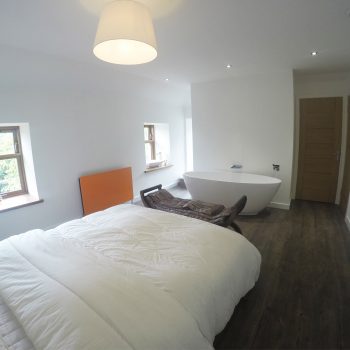 Originally the stable blocks for Glenarbuck House (built at the end of the 18th century), one of the blocks was converted in the 80’s into a 3-bedroom family home with the other stable left as an outbuilding. When approached by the client they had being living in the property for a number of years and provided us with the brief of upgrading their existing home, converting the parallel stable block and designing an extension to link the two ‘stables’ into one grand home.

The existing homes ground floor was re-designed to incorporate a dining room, utility and kitchen. With two double bedrooms, two ensuites and a dressing room on the first floor. The existing barn was converted to form a snug, guest bedroom with ensuite and a double height library space.

The new double height extension contains a new central feature staircase to replace the old, a guest WC and a large open plan livingroom. Part of the stone walls of the East and West blocks were demolished to open the kitchen and library into the central livingroom extension. A feature wall, with built in media alcove and dual aspect fireplace runs the full height of the extension and creates a focal point in the expansive open plan area. A suspended walkway with glass balustrade connects the first floors of the two blocks and runs through the livingroom and library.